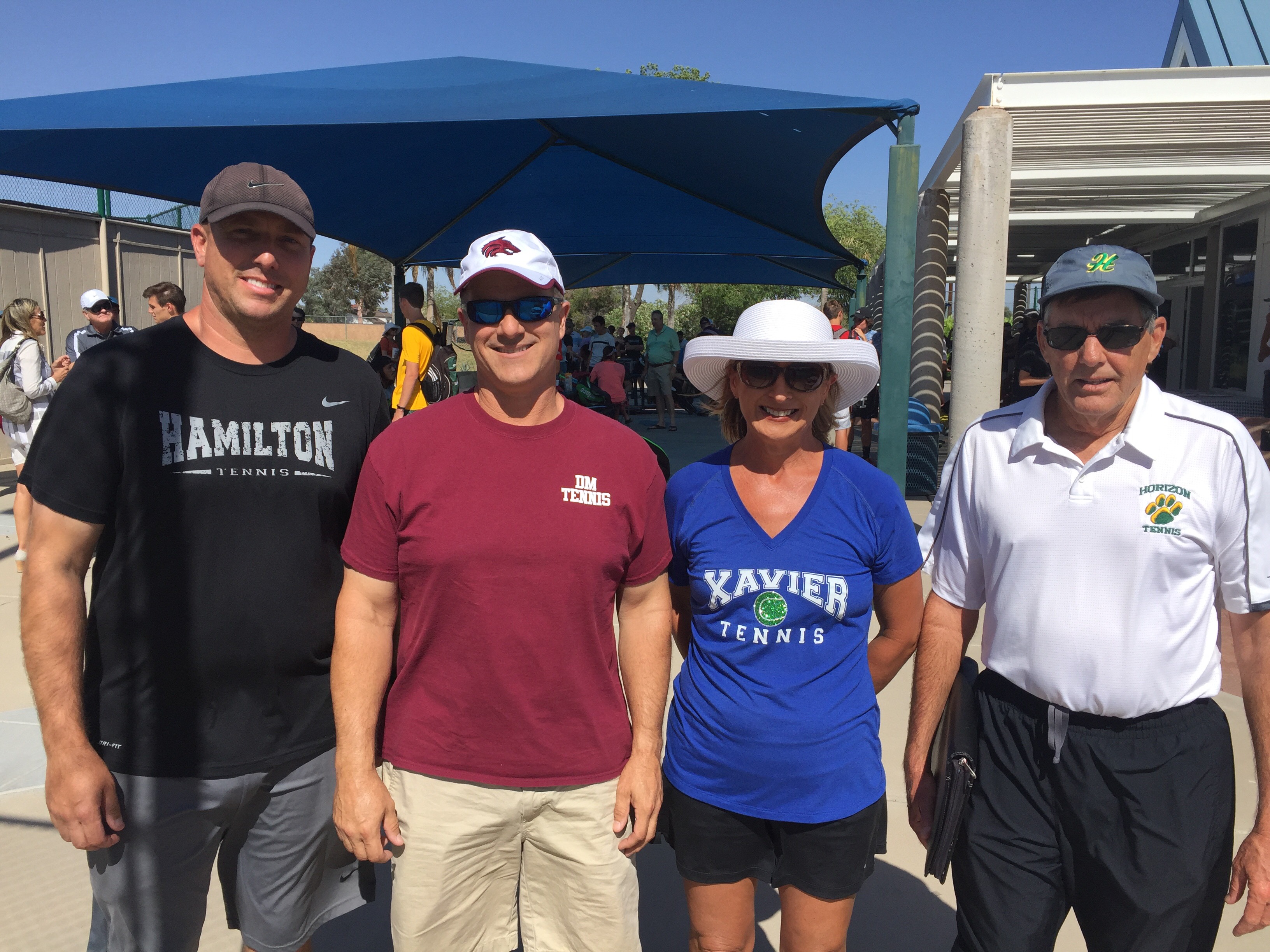 The mission of the Arizona Tennis Coaches Association is to serve the Arizona  tennis coaches and the Arizona tennis community by (1) providing resources to coaches for tennis instruction, (2) providing guidance to coaches on running effective practices and managing their season, (3) providing annual recognition for outstanding performance to players and coaches, (4)providing input to the AIA on rules for regular season matches and state tournament through feedback from our association members and (5) creating out of season play opportunities for high school players.

Every organization has their beginning. We are at the start of our story. The ACTA is looking to create a more influential group of coaches and educators that will help shape the future of Arizona tennis. Please consider joining our organization the ground level and helping build something great!

Laurie Martin is starting her 13th year as the head coach at Xavier College Preparatory in Phoenix, Arizona.   During her tenure, she has fought hard to run a No-Cut program for the freshman, JV & varsity teams. Coach Martin has an overall win/loss record of 449-25 with 4 State Championships and 5 State Runner-Up titles. She is currently serving as Central Arizona USTA President and the Vice-President on ofe Southwest USPTA board of directors where she continues to volunteer her time to help grow tennis in the Phoenix metropolitan area.

Jeremy Sweet has been coaching tennis since 2008. He is USPTR Certified, an avid 4.5 tennis player and currently the varsity girls tennis coach at Hamilton High School. He has taken Hamilton to the playoffs each of the past four seasons, leading them to the state semi-finals in 2016. Jeremy is very passionate about the game of tennis. He enjoys teaching, coaching, and promoting the game on all platforms and at all levels. Jeremy attended Marcos de Niza High School in Tempe and is an Arizona State University alumni. Jeremy is married to Ashlie Sweet. They have one son, Briggs Michael.

Coach Dan LeFevre is entering into his 15th year as the head boys tennis coach at Desert Mountain High School. In his tenure, he has guided the Wolves to 4 team state championships and 3 state runner-up trophies. The most recent occurring during the 2016 season in which the program won the second of back to back titles. Prior to arriving at Desert Mountain, Coach LeFevre was a head tennis coach in the state of Colorado at the high school level. He was also the head coach at Metropolitan State College, a NCAA D2 school, located in Denver for 2 years. Coach LeFevre is a USTA official and is the tournament director for the North Scottsdale Junior Open.

Eric Chalmers is a native of Tempe,  Arizona and grew up playing tennis in the Southwest section.  He is a former #1 player for Brophy College Prep, a former top 200 18’s national doubles player, and a top 5 ranked singles player in the Southwest in Boys 18's.  He went on to play Division I collegiate tennis at Seattle University for two years before the combination of injuries and other opportunities led to an early exit.  He is now in his second year as head coach of the Brophy tennis program and looking to defend the state team his Broncos captured in his first season.  Eric and his wife Rylee live in Phoenix.

Coach Kluch has been the Horizon girls' tennis coach for the last 7 years. He enjoyed taking a team from zero wins to a top team in state. In his last year his singles player, Liza took home the division 1 state title. He is moving on to be athletic director at North Canyon high school but as a founding member will still be involved in this great organization.